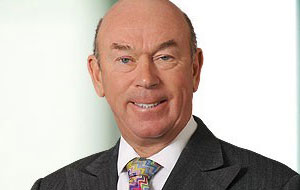 Paul Storey QC and Alexa Storey-Rea have triumphed in ensuring their client Craig Stillwell was exonerated from causing any harm to his baby daughter Effie who he was accused of shaking. In the first full judgment in a case of EDS IV being responsible for the illness of the little girl, Paul and Alexa are praised for the work they did to bring about this result. This case has attracted nationwide interest and is a fine example of the expertise our chambers offers. It may come as no surprise to those interested in the scientific and medical areas of care work that Paul and Alexa should once more be in the vanguard and have been involved in this case. It is well known that they were both invited to speak at the Houses of Parliament on the issue of Ehlers Danlos syndrome in 2014 before it came to prominence in the news and following Paul's groundbreaking success in Devon v EB an EDS III case. Among the speakers on that occasion was Dr Anand Saggar who was the genetic expert in Stillwell. Another noteable speaker at that event was Lara Bloom of EDS UK. Paul has now been instrumental in numerous EDS cases and is already very well known in his involvement in cases where there is a potential medical cause for injury that has been alleged to be inflicted. This case also demonstrates the influence that there can be in instructing experienced counsel at an early stage and we are very proud of the commendation that Alexa received from HHJ Venables in this regard.